1/4? >in middle school >pretty tight clique >there were 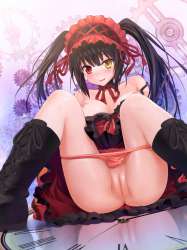 1/4?
>in middle school
>pretty tight clique
>there were 6 of us, we kept to ourselves pretty much a circlejerk
>spent pretty much all our time together doing shitty middle-schooler things
>sitting at lunch
>big fat retard sits with us
>some call him Tim but that's a name that humans go by and he's a mongoloid
>absolute retard strength, taller than 6 feet, easily 300lbs, held back multiple years, almost impossible to understand, really shouldn't have been at a public school
>we were just going to ignore him
>there are 6 seats at the lunch table so the person whose seat he took (J) pulls up a chair from another table
>some rule-cuck teacher says you can't pull up chairs because it gets too loud
>all abandon retard to sit with J
>retards yelling because we left him
>teacher says we have to go back to our table and sit with retard and J has to sit somewhere else
>we all argued but teacher was firm, sent J to office
>J was pretty mad and holds a grudge
>J has a plan that he lets us on to the next weekend
>we're all friendly to the retard, he sits with us all the time
>we take turns having 2 of us sit together away from retard at an adjacent table and throw food at each other
>we all play with retard on xbox live now
>usually Halo 2
>eventually some friday we invite retard to go to someone's house and play vidya
>he gets picked up by his mom and we walk to kids house so it's cool
>go tell retards mom that we want him to come over
>she started sobbing because she was so happy that his son was being included
>apparently retard told her we were being nice to him
>she gives us money for pizza and shit
>we get pizza first time he hangs out with us, we're nice to him
>play vidya and whatever
>retards mom comes and picks him up after a couple ours and we still have most of the night
>next thursday we make preparations

>>684134875
>friday tell retard that we want him to hang out again
>this time we're hanging out at the landfill which has some woods around it
>we're walking with him
>this time we're being more mean to him, mostly to dehumanize him for ourselves
>get to our pre-planned place a ways away from everything
>4 of us pick up sticks about wrist-thick, C has a baseball bat and J has a lead pipe
>we're loaded for bear
>we all start beating him
>once we start we know we know that we can't go back because this enraged retard could do damage
>at first he recoils in shock but he's surrounded
>everyone's blows start getting a lot harder until they're basically full-strength because he wasn't going down easy
>he was recoiling so no-one was really getting a clean shot at his head
>he goes from disbelief to enraged as he processes his betrayal
>lets out a retard roar like he's powering up
>everyone instinctively knows we need to redouble our efforts and are hitting him using the full-length of our weapons and strength
>retard makes his move, a lot quicker than I thought possible
>has one of the kids (S) with sticks by the wrist
>we were not anticipating casualties
>J has the lead pipe he was supposed to be the one that physically brought him down
>he motions me to back up a step as I'm directly behind retard now and we need to disengage him from our man
>J takes a one step swing and gives the retard a brutal strike in the back of his knees
>he buckles but still hangs on to S who's panicking
>C hits the retard pretty good with the bat in the back of the head
>retard is down
>S can disengage but the retard is still conscious
>now it's my turn

I came for the pictures but I stay for your story

>>684135260
>I learned in health class that the bracelet on his wrist meant he was epileptic
>this was my contribution to the plan
>everyone else is merely occupying him with kicks and sticks
>trying to get him to keep his hands away from his head so I have better access to his senses
>I had a walkman cd player with Burzum/Aske loaded up because it was the most disorienting thing I could think of
>can't really get it around his ears because he's flailing but wave it around his head
>start shining a party flashlight that changes colors a lot in his eyes
>everyone focuses on hitting his hands away from his face, going for the wrists because they know I have to make the finishing move in this
>after what seemed like an eternity he went into fetal position
>I get the headphones over his ears, maximum volume
>his eyes are closes so I switch to a flashlight and start sticking it right next to his eyelids
>switching eyes and turning on and off as fast as possible, basically a strobe-light
>once he went into fetal position he had lost
>seizure induced
>completely random flailing
>everyone can cease their attacks, everyone's out of breath
>we all want to watch our moment of victory but spare a glance to each other
>once he stops moving we all get our dicks out and piss on him
>this was the end-game
>face-down in the dirt, barely breathing and covered in so much piss that the dirt around him has turned to a thick mud
>we realize that the bruises might be too obvious and there's way too much mud there for all the piss to have come from just him having a seizure
>drag him to the bottom of a steep part of the landfill
>this way he's away from the puddle of our piss and the bruises/broken bones could have come from him falling
>everyone spits on him, kicks him and tea-bags him

>>684135709
final
>call an ambulance with a flip cell-phone
>act like concerned friends
>our poor mentally challenged friend had a seizure and hurt himself at the landfill
>describe how to get there
>you can pretty much drive to where we were from a dirt road at the dump
>all act very concerned and get in the ambulance for the trip to the clinic
>at the clinic we all have a consistent story, act sad, tell his name and they have some info on him on file
>his mom comes down in a couple minutes
>I'm so glad you all were with him
>he was so looking forward to hanging out with his friends
>his seizures are so unpredictable
>thank you so much for taking good care of him
>she's sobbing hysterically, kissing the retard and praising us all at the same time
>once we've all decided that we've done that long enough we walk out of the clinic heads-down
>get around the corner and start congratulating each other
>operation plaster retard is the greatest stunt we've ever pulled off- bar none
>go play Halo 2 and laugh about it
>retard never comes to school again, hear nothing from him
I still have no idea if he remembered that we beat him or if he thought it was a dream, and if he did have a recollection of it whether or not he told his mom and even then whether or not she believed him. If he did tell the story I have to imagine the injuries would make his story more than believable, he had to have several broken bones and the bruises were changing colors just in the time we were with him. The fact that we never heard from the mom again leads me to believe that she figured out what happened. But the retard never sat with us at lunch again so it was a success.

>>684135709
So you beat down an epileptic retard along with some of your friends wow you are a fucking impresive beta shit, kill your self

>>684136621
There is literally nothing wrong with harming or killing retards in a world with finite resources.

>play Halo 2
-the retard kid is the fat one

Nearly killing someone because you couldn't sit with your friend for one day. How have you lived this long?

I agree with you about killing retards, IMO they should be euthanized before or immediately after birth.

I disagree with you on harming them SHORT of killing them. There's literally no reason to be inhumane to retards. Killing them serves a clear purpose, it cleanses the world, saves resources, and generally improves the human race as a whole. Beating the shit out of them and giving them seizures serves NO purpose, it's just causing a living being unnecessary pain and suffering. Even if you have no fucking moral problem with hurting something unnecessarily, it still puts undue stress on the healthcare system. The time and taxdollars spend fixing up that tard could have gone to someone else.

>>684137738
I'm not sure what would qualify but I don't believe so.
>>684137785
Good point, that's a pragmatic way to look at it. Cost/benefit analysis says that sending him to the hospital once might be cheaper for taxpayers than having a full-time wrangler for him for the next 5 years in highschool- though I don't know where he actually went so it's speculative.

I would've been open to the idea of putting him down but I'm not sure we could've gotten away with it.

>I had a walkman cd player with Burzum/Aske loaded up because it was the most disorienting thing I could think of
It could give anyone a seizure.

Everyone has wanted to beat a retard at some point.